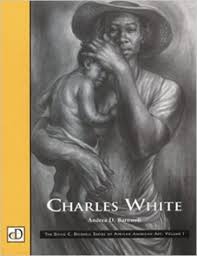 Charles White (1918-1979) is considered by some to be one of the greatest artists of the 20th century. His portrayals of African American subjects rendered on canvas and in woodcuts, drawings and murals convey a strong sense of dignity and social consciousness. In addition to focusing on White's life and work.

Andrea D Barnwell, an art historian, writer and critic, is the Director of the Spellman College Museum of Fine art. Her primary research interests are African American, Black British and Contemporary African art. Her writing have been featured in major publications and she is the recipient of numerous academic and scholarly awards, including a MacArthur Curatorial Fellowship in the Department of Modern and Contemporary Art at the Art Institute of Chicago. Barnwell completed her masters and doctoral degree in art history from Duke University.